END_OF_DOCUMENT_TOKEN_TO_BE_REPLACED

INFOGRAPHICS; the economics of being an app developer

Judging by the findings of the Developer Economics 2013 report, the monetary rewards for app developers aren’t anything to write home about. Commissioned by ecosystem analyst Vision Mobile, the report – condensed into lovely bite-size form in the infographic below – shows that 67% of developers are actually earning below the “app poverty line” of $500 per app per month. Unsurprisingly the report shows that revenues are boosted the more platforms app developers engage with (72% use two or more platforms concurrently) and even though subscription models pay out more, the most popular is in-app advertising with 38% of app developers adopting this model. To get a more detailed overview of developer practice check out the infographic.

END_OF_DOCUMENT_TOKEN_TO_BE_REPLACED

Are app stores a graveyard for apps?

App performance specialists New Relic have come up with a rather startling statistic: 60% of apps on the Apple App Store have never been downloaded. That’s approximately 480,000 apps that have never been installed on someone’s iOS device. It also reported that one in four apps are abandoned after the first play. In this respect, New Relic is sighting poor app performance as the cause of this abandonment – check out its cool infographic below showing a flow chart check list to develop a fully working and successful app. However, for app developers, the 60% of non-downloaded apps stat should be more worrying.
END_OF_DOCUMENT_TOKEN_TO_BE_REPLACED

New research by uSwitch has revealed that smartphones users in the UK pay for just 1 in 10 of the apps they download. The survey, which asked 1,700 people, also reported they each owned 29 apps, adding up to a total spend of just £8.94. Although the report clearly hasn’t covered a broad range of users, so may not be indicative of the whole country, it suggest that smartphone users are wary of parting with cash for apps.

END_OF_DOCUMENT_TOKEN_TO_BE_REPLACED

Kick back and relax this bank holiday!

It’s the May Day Bank Holiday and we’re all looking forward to spending our extra day off with friends and family. But how can you make the most out of that precious extra twenty four hours? We’ve got a few apps that we think will help you make this a bank holiday weekend worth celebrating! 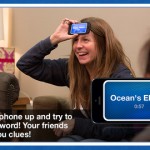 What do you get when you mix Articulate, Charades and super duper high tech smartphone gaming together? You get Heads Up, an awesome party game that’s bound to liven up any Bank Holiday gathering.

The game is really simple to play – you pick a category, hold your phone up next to your forehead and you have to work out what it is written on the screen as everyone in the room shouts hints at you. You only have a minute to guess as many names as you can so you have to be quick witted (and have helpful friends) to finish on top of the pile.

And, as a funny little twist, front camera on your iPhone records the action, meaning you can easily share your hilariously bad attempts at guessing “Ocean’s 11” with the rest of the world. Pretty good fun I must say!

So if you want to get your party started with a fun game for everyone to play (and you aren’t quite nerdy enough to get into Space Team), then Heads Up is a perfect way to keep a whole room happy.

END_OF_DOCUMENT_TOKEN_TO_BE_REPLACED

The impact of pets on our lives should never be underestimated. Whether you own a mangy mutt, a 14-foot python or a memory-challenged goldfish, pets are like members of the family. To make sure we continue to treasure our furry/scaly/slimy/feathered friends, a National Pet Month has been organised to promote responsible ownership, raise public awareness of professional pet services and celebrate all things pet-related. So to acknowledge the contribution our animal friends make to our lives, we have cherry picked the top three pet-themed apps for your enjoyment. 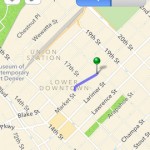 This is an app that you can enjoy with your four-legged friend. Walking your hound not only gives the canine a workout but it also keeps you fit as a fiddle. Connecting via your device’s built-in GPS, this app tracks and maps your dog walking jaunts and records the duration, distance elevation, pace and speed in real-time. It also analyses how many calories you burn and whether you need to step up the march. You can your route with an online account, share your progress with friends on social networks and upload geo-tagged pictures of your walk with Rover for posterity.