END_OF_DOCUMENT_TOKEN_TO_BE_REPLACED

Back of the net! Three fantastic football apps

It’s the Champions League final this weekend and we’ll be glued to our screens at 7.45 on Saturday evening to watch Bayern Munich and Borussia Dortmund go toe to toe at Wembley! But if you want to get yourself eager for what will likely be an excellent match, here are three football apps to get you in the mood. 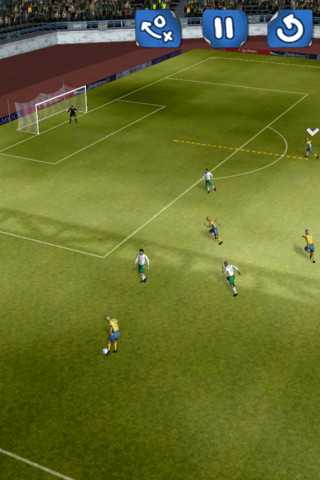 END_OF_DOCUMENT_TOKEN_TO_BE_REPLACED

INFOGRAPHICS; the economics of being an app developer

Judging by the findings of the Developer Economics 2013 report, the monetary rewards for app developers aren’t anything to write home about. Commissioned by ecosystem analyst Vision Mobile, the report – condensed into lovely bite-size form in the infographic below – shows that 67% of developers are actually earning below the “app poverty line” of $500 per app per month. Unsurprisingly the report shows that revenues are boosted the more platforms app developers engage with (72% use two or more platforms concurrently) and even though subscription models pay out more, the most popular is in-app advertising with 38% of app developers adopting this model. To get a more detailed overview of developer practice check out the infographic.

END_OF_DOCUMENT_TOKEN_TO_BE_REPLACED

In the MagicSolver office we’re celebrating National Vegetarian Week! While this fun food event was designed to celebrate everything Vegetarian, you don’t have to be a Vegetarian to join in. Whether you’re meat-free or not, prepare yourself for a week of veg-filled activities with our top five Vegetarian apps.
1) Veg Travel Guide for Vegans & Vegetarians by HappyCow 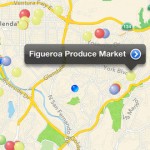 As a Vegetarian, eating out can be a problem. There’s nothing worse than sitting down in a restaurant to find that the only meatless dish is the breadsticks! Luckily, Happy Cow have come up with a solution. Their great app is designed to help Vegetarians and Vegans easily identify veg-friendly cafes, food stores and restaurants in their local area. With easy search options, regularly updated info and mouth-watering user reviews and pics, this great app is a hungry Veggie’s best friend!
END_OF_DOCUMENT_TOKEN_TO_BE_REPLACED

Are app stores a graveyard for apps?

App performance specialists New Relic have come up with a rather startling statistic: 60% of apps on the Apple App Store have never been downloaded. That’s approximately 480,000 apps that have never been installed on someone’s iOS device. It also reported that one in four apps are abandoned after the first play. In this respect, New Relic is sighting poor app performance as the cause of this abandonment – check out its cool infographic below showing a flow chart check list to develop a fully working and successful app. However, for app developers, the 60% of non-downloaded apps stat should be more worrying.
END_OF_DOCUMENT_TOKEN_TO_BE_REPLACED

New research by uSwitch has revealed that smartphones users in the UK pay for just 1 in 10 of the apps they download. The survey, which asked 1,700 people, also reported they each owned 29 apps, adding up to a total spend of just £8.94. Although the report clearly hasn’t covered a broad range of users, so may not be indicative of the whole country, it suggest that smartphone users are wary of parting with cash for apps.