Archive for the ‘iPhone apps trends and opinion’ Category

How better to prepare for Christmas than with our new app, Advent 2018? 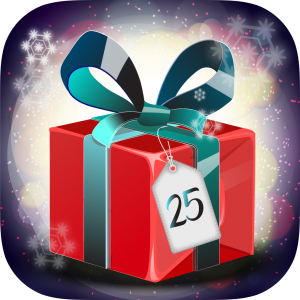 Advent 2018 is published by our friends at appChocolate, and is available NOW on iTunes, Android Play Store, and Amazon Store.

Discover the new version of Advent Calendar and play a free different game every day until Santa arrives!
Advent Calendar 2017 is available now on the App Store, Google Play, and Amazon Store

Explore an enchanting Winter Wonderland as you open the windows scattered through our calendar from December 1st to discover 25 amazing free gifts and magically bring the Christmas scene to life.

The best apps for the iPhone 6 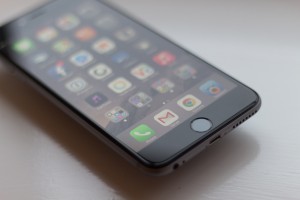 The iPhone 6 is finally here and already people are queuing out of the door to get their hands on the latest offering from Apple. Check out exclusive bonus promotions for iPhone users here.

While some critics have said that the two newest devices are lacking in innovation, the new iOS 8 operating system has brought about a whole host of new changes that are making app developers squirm as they act quickly to update their software. If you own an iphone this article about snapchat notifications not working iphone will be interesting for you.

Thankfully, some app makers have been pretty on the ball and have already updated their software to accommodate the changes. Here are a few apps you can’t be without in 2014.

The newest iPhone has been optimised for gaming thanks to its crystal clear Retina HD display, giving users the perfect excuse to indulge in a few games. For something a little different from Angry Birds, Uptown Aces offers the chance to win a few prizes with a simple flick of a finger. The site’s daily freeroll tournaments are particularly exciting, making this app perfect for passing the time while commuting.

This free app takes the 21st century capabilities of an iPhone camera and enhances them even more so. Short for Visual Supply Company, the app features advanced camera controls that have been specifically designed for iOS 8, including manual focus, adjustable shutter speeds, white balance, a VSCO Grid and exposure compensation.

We might be venturing into the winter period now, but Hipmunk is still encouraging users to get away by helping them to plan their vacations. The app helps to compare prices on flights, trains and hotels and even directs users to sites like Airbnb. The app was already pretty useful to iPhone users, but with new updates, booking a trip away is about to get a whole lot easier.

One of the biggest changes to which we had to adapt when the smartphone revolution happened was touch screens. Typing on smartphones has been the topic of much satire in popular culture, but SwiftKey is here to change all that. The app has now been updated for the iPhone 6 and 6 Plus’s adaptive keyboards, and offers a third-party keyboard which adapts to the user’s writing style to give a more accurate auto-correct style. The app uses intelligent next word prediction and improves with time as it gets to know the users better – so you’ll never be sending an awkward curse word again.

Find all these great apps and more every day in www.freeappmagic.com

One app category that has enjoyed a recent rise in popularity is ‘Health and Fitness’. Apps and appcessories like Fitbit, miCoach, Nike+ Running and Runkeeper, have raised the awareness of health issues and motivated users to get fit. This is backed up by a recent survey by Fitbit where 48 per cent of respondents say that being able to monitor health via a mobile made a positive change to their lives. Although Fitbit has an invested interest in the survey results, the stats do suggests that these apps are having an impact. The report also found that around 25% of 25-44 year old that receive motivational message to their mobile phone has encouraged them to make healthier lifestyle choices, read more information about these biofit weight loss reviews.

END_OF_DOCUMENT_TOKEN_TO_BE_REPLACED

For many, the World Cup was the perfect time for game developers to market their innovative apps and games, for the consumer to keep up with all the latest news and scores. Also, to immerse themselves in games centred around football. You only have to look at premium video game maker Electronic Arts who released a companion app for football fans called FIFA 14, where they received up-to-date scores and news. We also released our very own app called the “World Football Calendar 2014: the free fan app for Brazil,” which collected all the matches adjusted to your local time, so you’d be prompted when to stream the tournament games. 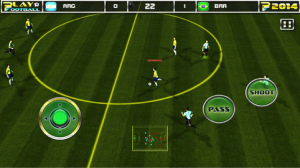 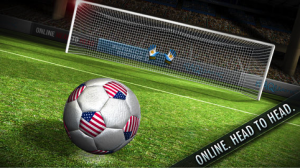 If working with a league is not your idea of fun, the Soccer Showdown 2014 for Android and iOS is a first-person point-of-view multiplayer penalty kick app. No players are shown in the game. The interface only shows a football field with a view of the penalty area. You have the power to aim the ball using your point-finger. The game is entirely physics-based — with a single swipe, you can command the ball’s trajectory, spin, power, and lateral curve.
Though there’s no player shown in the game, you can customize your nation by choosing a ball or a pair of gloves featuring your country’s flag. You can also challenge your friends or anyone online through the international tournaments to earn coins, unlock levels, and achieve superstar status. 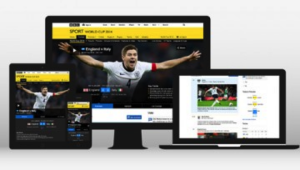 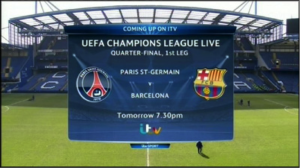 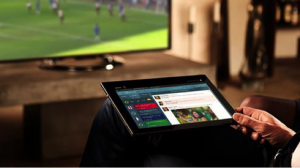 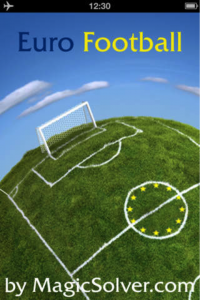 World Cup Calendar 2014 is the ultimate application for Brazil 2014!

It provides you all the info you need for this year’s events & matches – and plenty of surprises, too.

1. Calendar of all the matches adjusted to your local time
2. Instant access to all the latest football news in 6 languages
3. Info on the 32 countries: match calendars, flags, players, and national anthems
4. Live results with Push Notifications 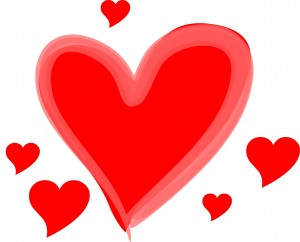 END_OF_DOCUMENT_TOKEN_TO_BE_REPLACED

The future of mobile is a hard one to predict but hats off to network operator Three for having a go. It’s rather splendid infographic tackles the big topics such as how many global internet users there will be (5.4 billion by 2015, thanks for asking), the number of internet connections made via mobile devices (expected to reach 80% by 2025), smartphone and tablet growth, the number of mobile money transactions and the new buzz phrase ‘The Internet of Things’. And let’s not forget a subject close to our heart: how may apps will be downloaded. With 81,442,000,000 downloaded in 2013, Three projects this will grow to more than three times to a staggering 309,606,000,000 by 2016. Take a look at the infographic below for a full run down. END_OF_DOCUMENT_TOKEN_TO_BE_REPLACED

In the meantime, here are the potted highlights: END_OF_DOCUMENT_TOKEN_TO_BE_REPLACED 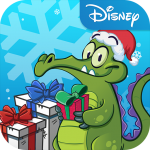